Solar geoengineering is gaining traction as a possible method to address climate change because of the inadequate progress of mitigation actions. Although the Paris Agreement established temperature targets of well below 2 degrees or 1.5 degrees, the current pledges by countries would bring about a warming of about 3 degrees. Solar geoengineering could be the only option to address excessive climate risks.

While research increasingly demonstrates that moderate deployment of solar geoengineering can reduce many climate risks, it is mired in controversy in light of socio-political ramifications (unilateral deployment, possible reduction of emissions reduction incentives, militarization, etc.) as well as unknown environmental risks.

In this seminar, Professor David Keith of Harvard, a leading scholar on both policy and the technology of solar geoengineering, will speak about the research needs and ongoing research projects. Following his agenda-setting, a panel discussion on the challenge of promoting responsible innovation and technology governance will follow. The panelists include Professor Hideaki Shiroyama, Professor Satoru Ohtake, and Associate Professor Masahiro Sugiyama. Both global and Japanese perspectives will be provided.

Gordon McKay Professor of Applied Physics, Harvard John A. Paulson School of Engineering and Applied Sciences / Professor of Public Policy, Harvard Kennedy School
David Keith has worked near the interface between climate science, energy technology, and public policy for twenty-five years. He took first prize in Canada’s national physics prize exam, won MIT’s prize for excellence in experimental physics, and was one of TIME magazine’s Heroes of the Environment. David is Professor of Applied Physics at the Harvard School of Engineering and Applied Sciences and Professor of Public Policy at the Harvard Kennedy School, and founder of Carbon Engineering, a company developing technology to capture CO2 from ambient air to make carbon-neutral hydrocarbon fuels. Best known for his work on the science, technology, and public policy of solar geoengineering, David led the development of Harvard’s Solar Geoengineering Research Program, a Harvard-wide interfaculty research initiative. His work has ranged from the climatic impacts of large-scale wind power to an early critique of the prospects for hydrogen fuel. David’s hardware engineering projects include the first interferometer for atoms, a high-accuracy infrared spectrometer for NASA’s ER-2, and currently, the development of pilot plants for Carbon Engineering and the development of a stratospheric propelled balloon experiment for solar geoengineering. David teaches courses on Science and Technology Policy and on Energy and Environmental Systems where he has reached students worldwide with an online edX course. He has written for the public with A Case for Climate Engineering from MIT Press. Based in Cambridge, David spends about a third of his time in Canmore, Alberta.

Vice Director, Institute for Future Initiatives Professor, Graduate School of Public Policy Professor, Graduate Schools for Law and Politics
Hideaki Shiroyama is a Professor of Institute for Future Initiatives, the Graduate School of Public Policy, and the Graduate Schools for Law and Politics, The University of Tokyo. His research focuses on international administration, science, technology and public policy, and public policy process.
His publications include Transformation of Political Space and Policy Innovation: Political Theory of Policy Innovation (University of Tokyo Press, 2008), The Structure of International Aid Administration (University of Tokyo Press, 2007), Governance of Science and Technology (Toshindo, 2007), “The Harmonization of Automobile Environmental Standards between Japan, the United States and Europe” in Pacific Review vol. 20-3, “Administrative Reorganization and Public Sector Reform in Japan” in The Public Sector in Transition: East Asia and the European Union Compared (Nomos, 2007), “Technology Innovation and Diffusion for Environmental Protection,” in Energy Market Restructuring and the Environment (The University Press of America, 2002).
He also served as the Chairman of the Planning Committee of New Initiatives for Humanities and Social Sciences Program at the Japan Society for the Promotion of Science from 2003-2008, as President of the PI forum, an NPO for consensus building in Japan from 2006-2008 and as a member of various government advisory councils on higher education, nuclear safety, food safety, fire protection, scenarios for climate mitigation, and industrial policy.

Project Professor, Institute for Future Initiatives
Adjunct Fellow (Policy Studies and SDGs) of Center for R&D Strategy, JST.
Satoru Ohtake joined science and technology administration in the Government of Japan in 1984, just after graduating from the Graduate School of University of Tokyo where he was conferred Master Degree of Science in high energy physics. In his public service career in science administrations, he engaged in the policy planning and R&D management; establishment of Government’s Science and Technology Basic Plans (in 1996, 2001 and 2011), establishing and running research programs and projects in photonics, mathematical science, and engaging International Human Frontier Science Program in Strasbourg in France between 1990 and 1992. He used to work in international collaborations, both bilateral and multilateral programs like OECD Global Science Forum, Group of Earth Observation (GEO) as the Japanese Executive and Belmont Forum as a co-chair. He worked as a Japanese negotiator for the International Thermonuclear Experimental Reactor Project (ITER) from 2001 to 2005. He experienced several senior posts like Deputy Director-General of R&D Bureau of Ministry of Education, Culture, Sports, Science and Technology Agency, Senior Executive Director of Japan Science and Technology Agency (JST), and Executive Research Fellow of Economic and Social Research Institute, Cabinet Office. Now he is serving as Adjunct Fellow (Policy Studies and SDGs) of Center for R&D Strategy, JST. His major interest is deepening the relation between science and society through economic and social aspects, scientific advice to policymaking, science communication, and public engagement. He occasionally gives lectures on science, technology, and innovation policy in Nara Institute of Science and Technology, Shinshu University, etc.

Associate Professor, Institute for Future Initiatives
Masahiro Sugiyama is an Associate Professor at the Institute for Future Initiatives(IFI), the University of Tokyo. He holds a Ph.D. in climate science and a master’s degree in technology and policy, both from MIT. Prior to joining PARI, he was a researcher at the Socio-Economic Research Center, the Central Research Institute of the Electric Power Industry. He joined PARI in April, 2014. An expert on global warming, he has worked on various topics related with climate change, ranging from energy efficiency in global scenarios to citizens’ views on climate geoengineering. His works have been published in various academic journals, including Nature,(http://doi.org/10.1038/531029a). 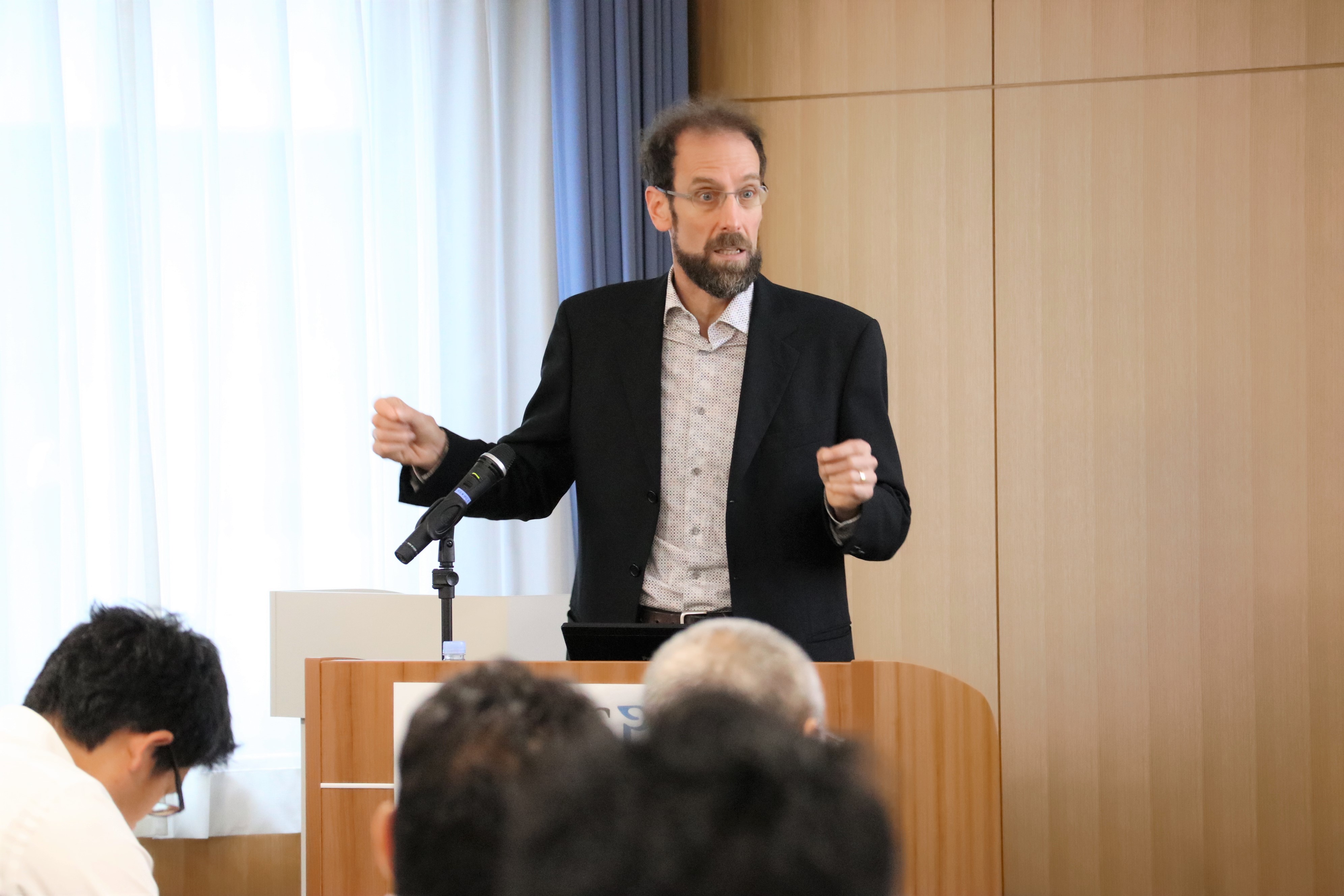 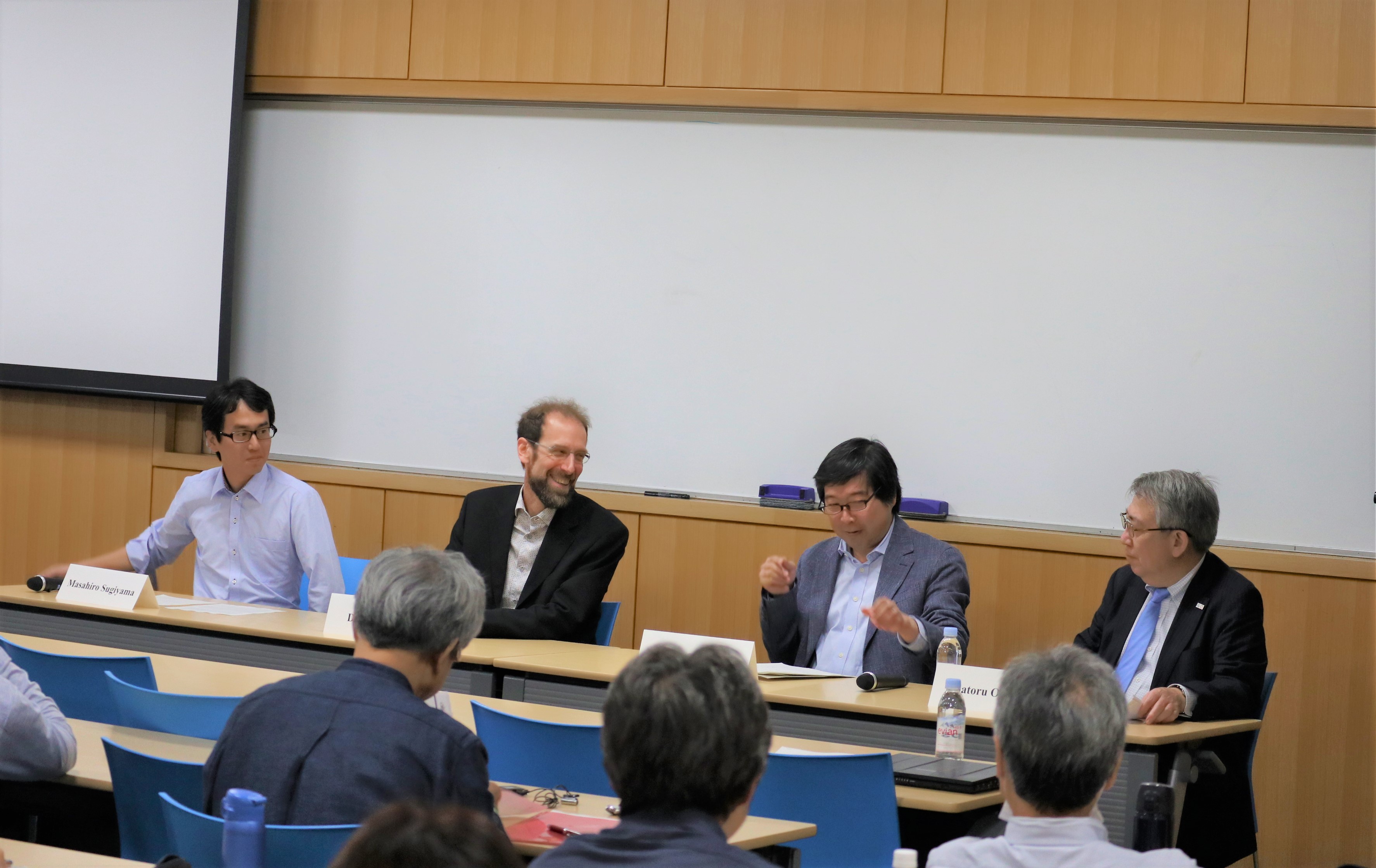