Registration is now closed for this event.
Speaker

Do alliances curb efforts by states to develop nuclear weapons? Atomic Assurance looks at what makes alliances sufficiently credible to prevent nuclear proliferation; how alliances can break down and so encourage nuclear proliferation; and whether security guarantors like the United States can use alliance ties to end the nuclear efforts of their allies.
Alexander Lanoszka finds that military alliances are less useful in preventing allies from acquiring nuclear weapons than conventional wisdom suggests. Through intensive case studies of West Germany, Japan, and South Korea, as well as a series of smaller cases on Great Britain, France, Norway, Australia, and Taiwan, Atomic Assurance shows that it is easier to prevent an ally from initiating a nuclear program than to stop an ally that has already started one; in-theater conventional forces are crucial in making American nuclear guarantees credible; the American coercion of allies who started, or were tempted to start, a nuclear weapons program has played less of a role in forestalling nuclear proliferation than analysts have assumed; and the economic or technological reliance of a security-dependent ally on the United States works better to reverse or to halt that ally’s nuclear bid than anything else

Alexander Lanoszka is an assistant professor of International Relations at the University of Waterloo. His research agenda encompasses international security, alliance politics, and theories of war, with special focus on Central and Northeastern Europe. He is an Honorary Fellow at City, University of London, where he previously taught prior to coming to Waterloo. He held fellowships at the Massachusetts Institute of Technology and Dartmouth College upon finishing his PhD at Princeton University. He has published Atomic Assurance: The Alliance Politics of Nuclear Proliferation (Cornell University Press, 2018) as well as articles in journals such as International Security, International Affairs, Security Studies, and Journal of Strategic Studies.
Wakana Mukai is Assistant Professor at the Faculty of International Relations, Asia University. Before joining Asia University, she worked as Project Assistant Professor at the Policy Alternatives Research Institute, the University of Tokyo (2013-2017), Research Fellow at the Ocean Policy Research Foundation (currently the Sasakawa Peace Foundation) (2010-2013), and Research Fellow at the Center for the Promotion of Disarmament and Nonproliferation, Japan Institute of International Affairs (currently Center for Disarmament, Science and Technology) (2007-2008) where she coordinated multiple projects and studies related to international security and international politics, with a special focus on arms control, nuclear nonproliferation and disarmament. 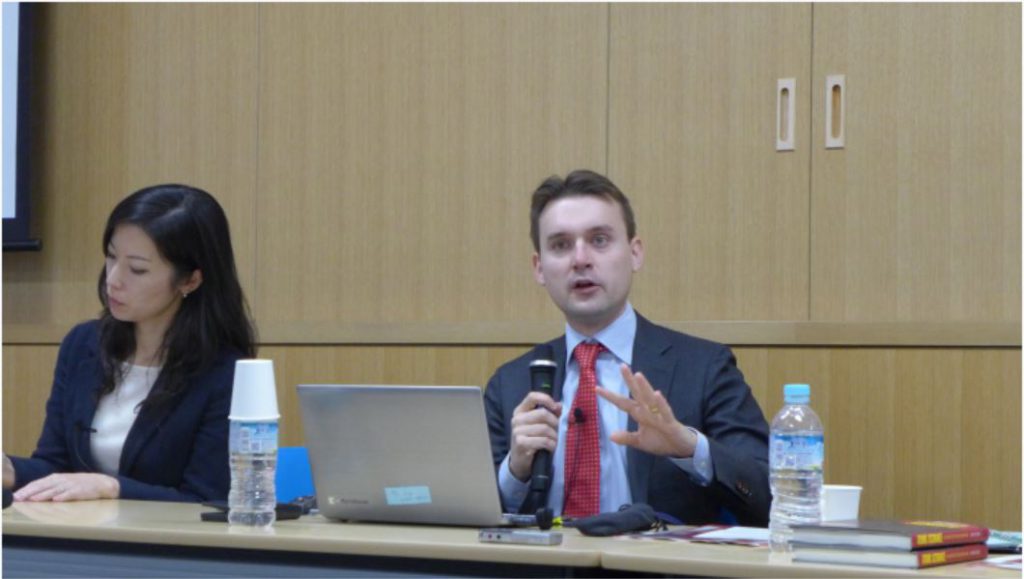 At a time when Russia and China are posing challenges to the international order and the United States is sending mixed signals and losing its base of credibility, the possibility of nuclear proliferation could increase. The analysis of past cases shows that it is not a threat to its allies by the United States, but that increasing credibility through foreign policy and deployment of military forces in the relevant theater leads to non-proliferation. It is also more effective to deter nuclear development in its early stages, and the technological and economic dependence of its allies on the United States will also contribute to stopping it.

Assistant Professor Wanaka Mukai (Asia University) held a discussion. She admits that explaining and generalizing why countries decide on certain nuclear activities and policies is extremely difficult: factors vary, time periods vary, and thus we are not able to explain a certain symptom by a single generalized theory. Then, she asks a selection criteria of cases, which varies on time periods, and the importance of external factors, beside alliance mechanism, on a country’s attitude toward its nuclear policy. Moreover, with regard to the case of Japan, questions were asked about the impact of norms that exist in Japan as a country that suffered atomic bombings and also about the positioning of civil nuclear technology.
There were 30 participants and active questions were asked. 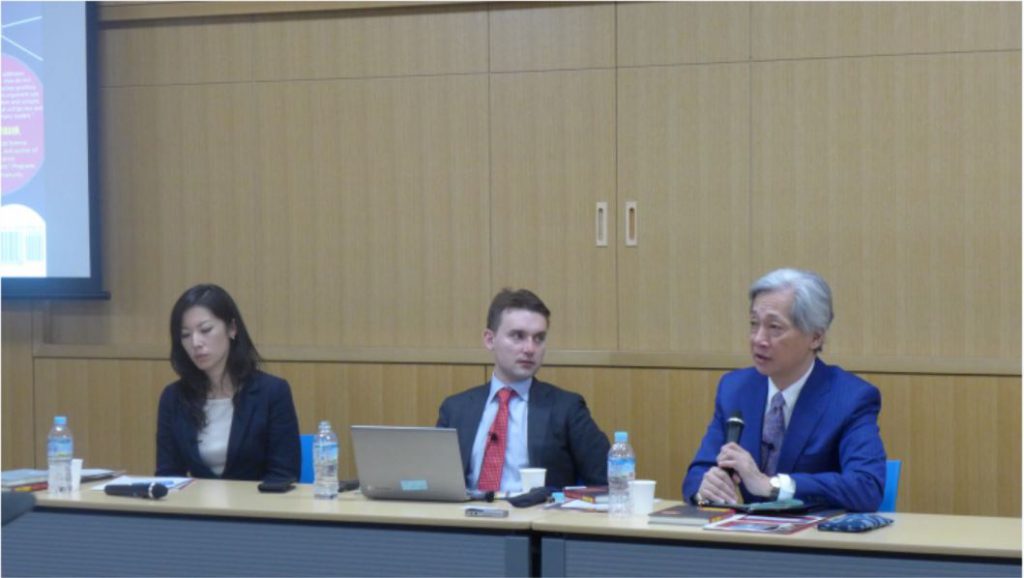 *This workshop was organized by subsidies from the Ministry of Foreign Affairs.