Registration is now closed for this event.
Speaker

Mr. Kiyoshi Adachi, Chief of the Intellectual Property Unit of the Division on Investment and Enterprise at the Geneva-based United Nations Conference on Trade and Development (UNCTAD)

The changes in the Trans-Pacific Partnership Agreement (TPP) made in order to agree to the Comprehensive and Progressive Agreement for Trans-Pacific Partnership (CPTPP) reflect the demands of many of the developing countries involved in the negotiations to remain committed to the treaty, given the withdrawal of the United States from the former in early 2017. Most of those changes were the ‘suspension’ of many, but certainly not all, of the provisions that deal with intellectual property and technology transfer. While the expansion of the CPTPP remains a cornerstone of Japanese foreign policy in Asia, the efforts to enlarge the geographical scope of the treaty takes place amidst the negotiation of other large, plurilateral (or ‘megaregional’) economic agreements such as the Regional Comprehensive Partnership Agreement (RCEP), China’s ‘One Belt One Road’ initiative, as well as important bilateral trade negotiations between the US and, respectively, China and Japan. Given the rapidly changing geopolitical landscape in Asia, countries that have not signed on to the CPTPP are scrutinizing the costs and benefits of joining the treaty, and weighing all of their options.

Kiyoshi Adachi is a Legal Officer of the Intellectual Property Unit, Division on Investment and Enterprise, United Nations Conference on Trade and Development (UNCTAD) and a visiting scholar at the National Graduate Institute for Policy Studies in Tokyo. Since 2006, Mr. Adachi has led a team of lawyers at UNCTAD looking into the integrated treatment of intellectual property, technology transfer and development issues, and has published and lectured widely on this interface. He has advised and trained stakeholders in developing countries in Asia and Africa on intellectual property provisions in preferential trade and investment agreements; intellectual property and local manufacturing of/access to medicines; and the relationship between intellectual property and access and benefit sharing policies under the Convention on Biological Diversity. Prior to joining UNCTAD, he worked with the United Nations in New York and Vienna, and with an international law firm in Tokyo. Mr. Adachi holds a Juris Doctor from the UCLA School of Law and is admitted to the bars of Pennsylvania and the District of Columbia, USA. He also has a Master of Public Administration from the American University and a Bachelor’s degree in Government and Asian Studies from Dartmouth College.

The Security Studies Unit of the Institute for Future Initiatives (IFI), in collaboration with the Graduate School of Public Policy, was delighted to host a talk with Mr. Kiyoshi Adachi, Chief of the Intellectual Property Unit of the Division on Investment and Enterprise at the Geneva-based United Nations Conference on Trade and Development (UNCTAD).

Nazia Hussain, Project Assistant Professor of IFI chaired the event. She welcomed and introduced the guest. 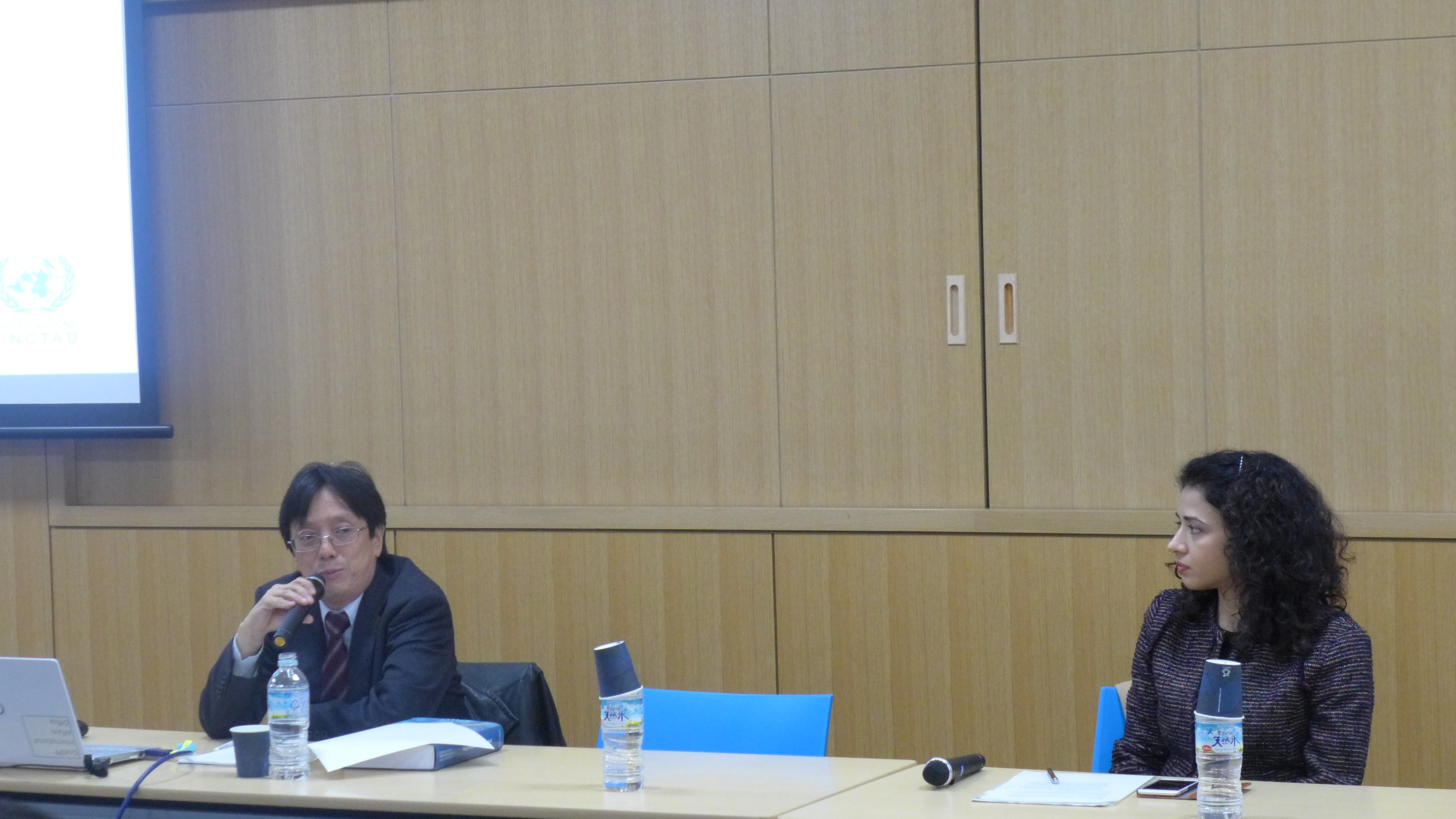 With respect to the TPP/CPTPP, it was pointed out that after the United States withdrawal from the TPP in early 2017, a number of intellectual property provisions needed to be suspended in order to secure the agreement on the final text of the CPTPP by participating developing countries. As of this date, four of the developing countries that signed the final text have yet to ratify the CPTPP. The RCEP negotiations have also experienced difficulties with India’s decision to withdraw from the negotiations in November 2019, citing loss of policy space and the potential impact to India in areas such as access to medicines. The recent history of these agreements appear to suggest that “megaregulation’ through coalition-based plurilateral treaties covering a wide range of topics is neither inevitable nor easy. Moreover, these events take place amidst a backdrop where there are less preferential trade and investment agreements being concluded, a growing recourse to retaliatory tariffs and increasing national restrictions on investment. 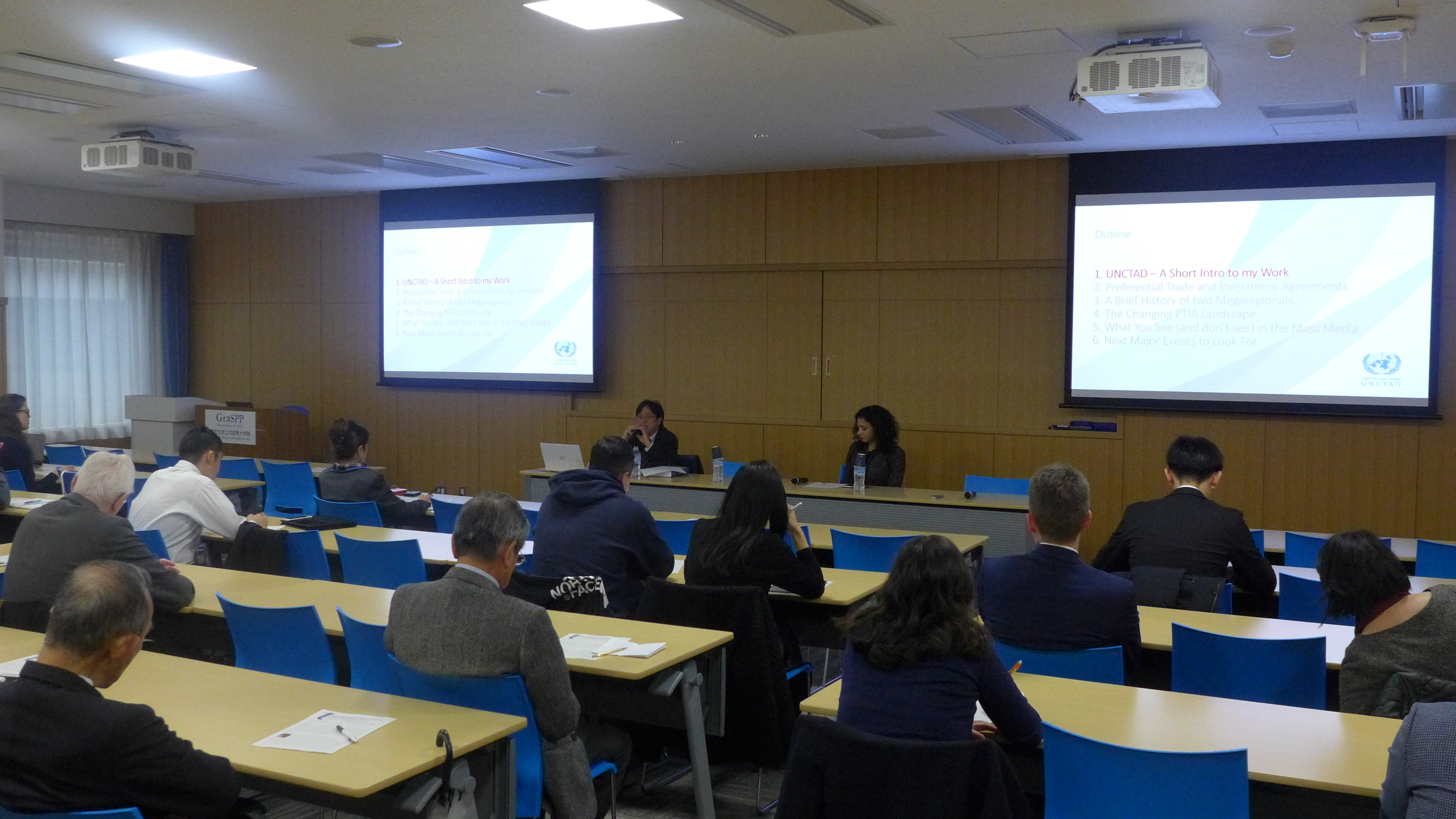 Using the case of Thailand, Mr. Adachi went on to show how difficult it was to achieve domestic consensus in countries regarding the desirability of becoming a party to the CPTPP. Differences of opinion exist between government ministries as well as within various segments of the population. Students, researchers and practitioners should take note that rifts in domestic public opinion are not always apparent in mass media reporting on the topic.