SDG Perspectives from Japan: Insights from Hiroyasu Hasumi, an oceanographer”Ocean science to sustain the global environment and fishery resource”

How does your research relate to the SDGs?

I began researching the ocean – especially the deep sea, the deep layer of the ocean – because I was interested in how the ocean would change due to global warming and what role it would play as part of the global environment. At present, I am conducting simulations of changes in coastal environments based on interactions between the ocean and the land, and I believe that this research will contribute to the SDGs.

Initially, I did not really feel that highly specialized research in areas such as analysis of deep ocean currents would be related to the SDGs. I became more aware of the SDGs as demand grew for ways to gather scientific evidence for the goals and subgoals of the SDGs. The United Nations Decade of Ocean Science(*1) begins this year, and I have come to understand over the last two or three years that we can contribute to the SDGs through our regular research.

(*1) In December 2017, the General Assembly of the United Nations resolved that 2021 to 2030 would be the United Nations Decade of Ocean Science for Sustainable Development. The purpose of the UN Decade of Ocean Science is to develop new knowledge and innovative technologies that will help countries and other actors realize sustainable development by drawing on profound insights in fields related to ocean science, expanding interdisciplinary dialogue, and promoting problem-solving research. 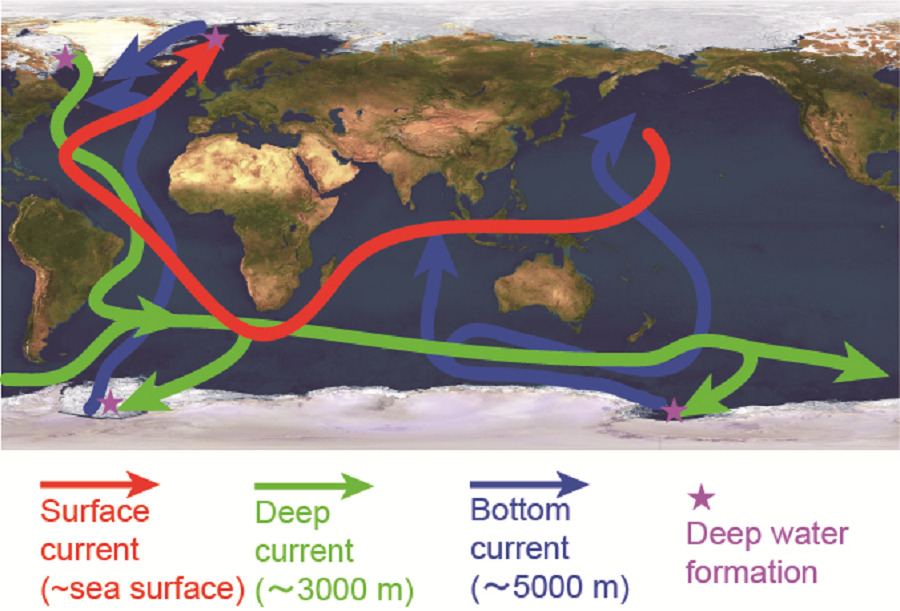 Please tell us about the relationship between the ocean and the coasts or land.

The tsunami of the Great East Japan Earthquake struck our research facility in Otsuchi, Iwate Prefecture, flooding it up to the second floor of this three-story building. That was the time when we started a program “Tohoku Ecosystem-Associated Marine Sciences” to establish an ocean science research base in the Tohoku region (for research on marine ecosystems)(*2). This program is to last ten years, which is unusual for a government-funded project. We are studying how the ocean environment has changed along the Sanriku Coast of the Tohoku region, especially in Otsuchi Bay, and how it will recover.

For example, we are conducting simulations of movement between the bay and the ocean to examine the potential for fish and shellfish eggs and larvae to come in from other bays, because Otsuchi Bay is quite small with a width of only a few kilometers. We are also conducting environmental simulations related to the growth of salmon, because salmon in Otsuchi Bay are an important resource for the fishing industry. In addition, to study the factors that determine the nutrient environment in Otsuchi Bay, we are conducting simulations that involve lower-level ecosystems with phytoplankton, zooplankton, and the nutrients that contribute to them.

(*2) A project to survey and study marine ecosystems in the area affected by the disaster, for the purpose of supporting the recovery of the fishing industry (subsidized by a program of the Ministry of Education, Culture, Sports, Science and Technology that supports the development of bases for research and development related to marine ecosystems). Tohoku University, the University of Tokyo, and the Japan Agency for Marine-Earth Science and Technology play key roles in this project, investigating matters such as water temperature, salt content, and other aspects of the marine environment, the habitat of fish and shellfish, and the distribution of rubble on the seabed. In addition, through comprehensive analysis of the collected data and elucidation of change mechanisms in marine ecosystems, the project aims to propose new models for the fishing industry based on scientific knowledge. 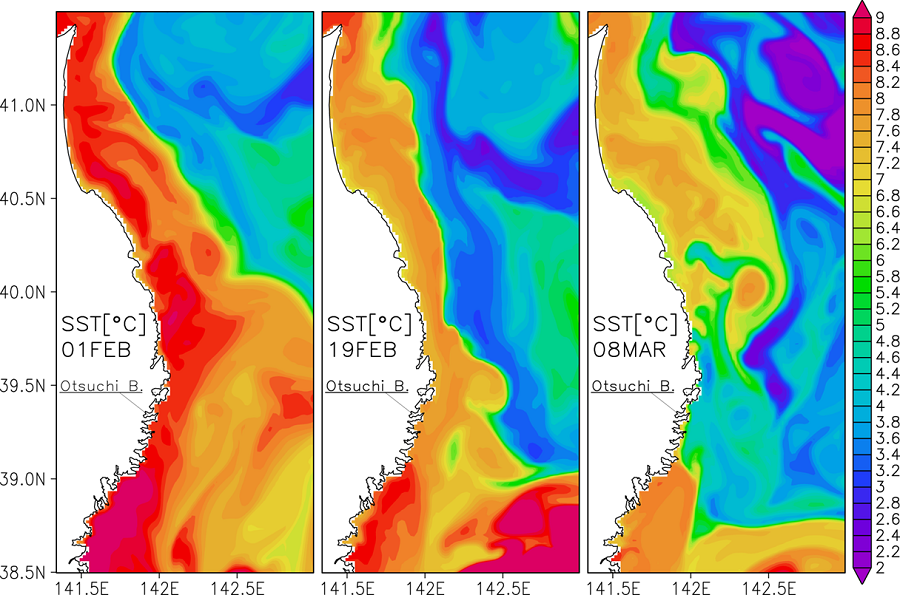 How important do you think interdisciplinary collaboration is and how do you execute it effectively?

I was at the Center for Climate System Research when it merged with the Ocean Research Institute to form the Atmosphere and Ocean Research Institute, and collaboration with different disciplines became a focus at that time. At a conference, I happened to be seated next to a researcher from the Ocean Research Institute who told me about his research on bacteria, and I told him about my work in physical oceanographic simulations, and that led to the idea of a joint study on bacteria. For collaboration with other disciplines to happen, there have to be opportunities. Collaboration cannot happen unless you find a research topic that you can pursue in common and just get to work, even if it doesn’t feel natural. Once you try it, more and more things will actually develop out of that.

As an ocean science researcher, my motivation is related to environmental issues, and I am addressing the global issue of climate change. Meanwhile, in physical science the approach is to investigate the actual conditions of ocean flow and the causes that produce it, prior to any study of ecosystems or organisms.

To do coastal research, we need to conduct simulations of the impact on the “sato-umi,” or coastal ecosystems where things from land come together with the water. So it wouldn’t be possible to study the marine environment without involving different disciplines as well. However, the fact is that while I realize the need for integration with different disciplines, it is actually difficult to study other fields when I have my hands full with my own research. I feel that interdisciplinary integration can only become a reality when it arises in the course of actual work on the ground; it’s not enough to just talk about the need for it.

How can early career researchers get more involved in SDGs-related research? What inspires you most about your research?

Even if you want to work on global environmental issues, it isn’t possible to suddenly accomplish something on a grand scale as soon as you start out as a researcher. When I first started out, I focused on examining deep ocean currents. Of course, if you’re going to study global warming, it’s necessary to investigate the problem of carbon dioxide (as a substance in the ocean); but I did not feel that I had the ability to pursue that until about five years after I began graduate school. Still, because I had that motivation, I was eventually able to work on it. So I would say that your motivation is an important factor if you want to do research related to the SDGs.

I use a lot of trial and error. Not every study produces significant results right from the start. But as you keep on adjusting the settings and changing the parameters while performing repeated simulations, differences start to appear and the results can be quite dramatic.

It isn’t all that different from ordinary experiments that scientists perform. Simulations cannot be performed just by thinking, and a simulation about the ocean requires hands-on operations where you decide on the location and various phenomena. I might feel guilty about the cost of electricity, but it does not consume any resources other than that to conduct simulations, so it doesn’t bother anyone.

Last, what is the role of Japan?

My own personal sense is that the Japanese have considered ourselves to be relatively advanced in terms of environmental and energy issues. But today from a global perspective, I feel that Japan is lagging behind with regard to crisis awareness and action. I think that the Japanese people need to renew their commitment.

Because ocean science research is funded by the national government, it needs to have the support of the people. In addition to renewing awareness of these issues among scientists, I believe it is also necessary to increase the level of public awareness.

With regard to international competition and cooperation, countries have their own respective roles in the area of ocean science research. Japan is expected to be responsible for research on the ocean around us, so it’s important for us to do it properly. I think it’s important for us to take the leading role, even if other countries handle some peripheral tasks for us. 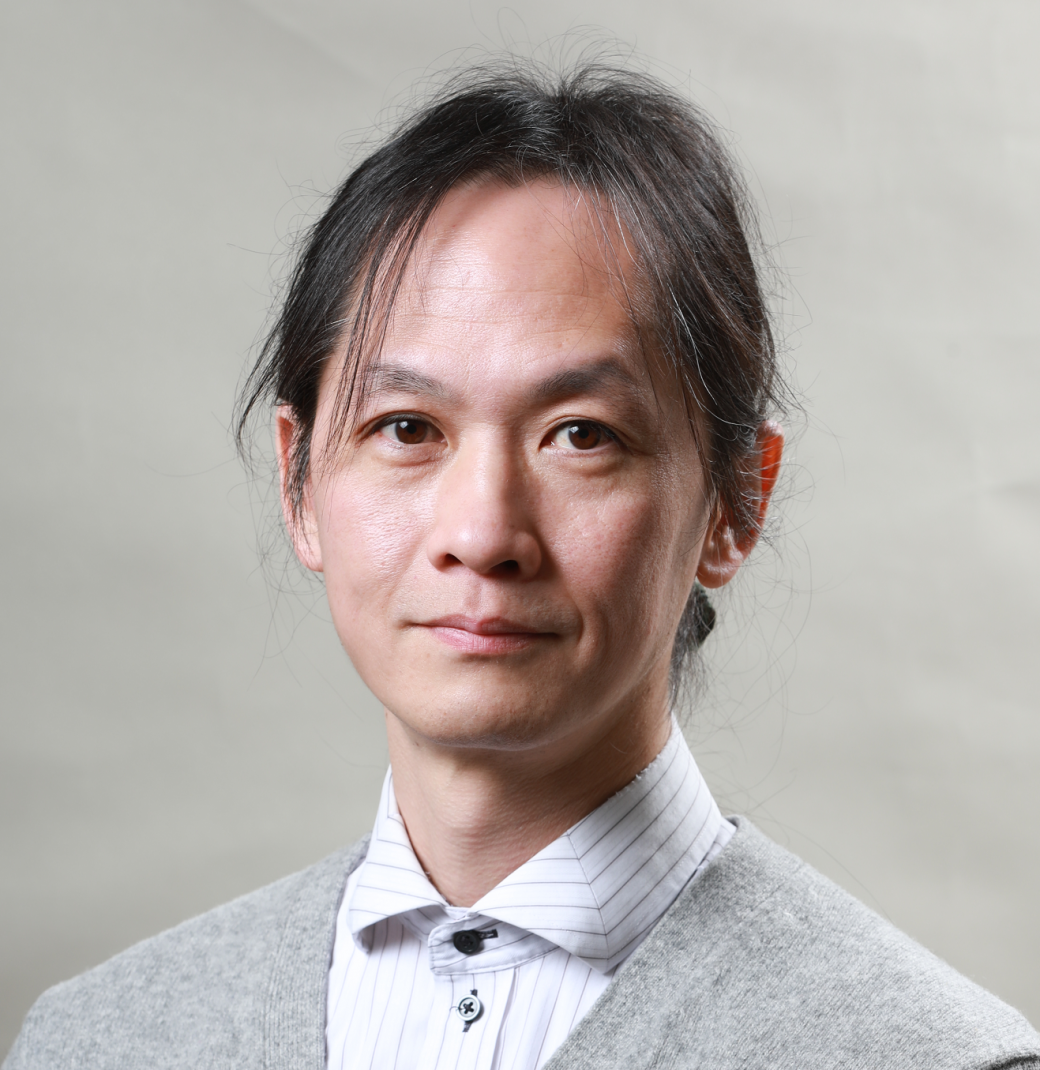 Hiroyasu Hasumi studies the climate and its change, primarily from the viewpoint of physical oceanography. He develops and applies numerical models of the ocean, specializing in global scale oceanic deep circulation and associated polar ocean processes. He has also engaged in future projections of the climate since the IPCC 4th Assessment Report, and has investigated possible changes in the ocean and the climate over the Pacific region. In recent years, he has been leading research teams in national research projects focusing on climate change on the Arctic environment. He has also been conducting precise simulations of the seas around Japan, and intends to apply these findings to explore how the oceanic environment is influenced by land-based human activities through riverine discharges of dissolved and suspended matter.

This interview article can also be viewed on The Source, Springer Nature’s blog site providing insight and discussion on publishing in the academic world.