SSUフォーラム/GraSPPリサーチセミナー “China’s Approach to Eurasia: Its Visions and Impact”

China’s diplomacy with Eurasia, particularly the countries of Central Asia, is comprised of economic regionalism and diplomatic soft balancing against the United States. Yet, China did not find it always easy to form a unified position on the direction regionalism will take and how to deal with the United States with Russia and the Central Asian Republics. While Beijing still emphasizes the importance of regional multilateral cooperation on the one hand, bilateral relations dominates the approach to its neighbors in promoting the Belt and Road Initiative (BRI).
The Central Asian Republics, for example, have a different set of traditions from China such as civil and military bureaucracy conducted in Russian. Further, memory is still fresh from the 1960s border clash with China, resulting in a wide-spread fear of the Chinese expansion. There are sometimes demonstrations protesting the growing presence of Chinese in the region.
Beijing, having to take these factors into consideration in its approach towards Central Asia, adopted a careful approach, and ultimately such countries accepted such new Chinese initiatives as the Silk Road Economic Belt (SREB) vision, thus improving connectivity in economic relations between China and its regional neighbors. Seeking to protect that improving connectivity, Beijing is also advancing functional security cooperation with Eurasian countries, specifically law enforcement cooperation.
In this seminar, experts from the National Institute for Defense Studies (NIDS) and the University of Tokyo will discuss various policy issues surrounding China-Russia and China-Central Asia relations over issues such as the BRI, energy policy, and an emerging security architecture on the Eurasian continent. The global implications of developing diplomatic relations and economic connectivities in the region will be assessed.
*The NIDS China Security Report 2020 is the 10th in a series published by the National Institute for Defense Studies since 2011. The 2020 report analyzes China’s strategic trends on the Eurasian continent. The Japanese, English and Chinese editions of the report are accessible on the NIDS Website: http://www.nids.mod.go.jp/english/publication/chinareport/index.html

MASUDA Masayuki is Senior Fellow in the China Division at the National Institute for Defense Studies (NIDS). He joined NIDS in 2003 and has been Visiting Fellow at Shanghai University, Visiting Scholar at the East-West Center, and Visiting Academic at the Daniel K. Inouye Asia-Pacific Center for Security Studies (DKI APCSS). He has written a number of articles and books on Chinese foreign policy and security, the recent of which are “China’s Eurasian Diplomacy,” NIDS China Security Report 2020 (November 2019); Geopolitics in Contemporary Japan, co-author (Tokyo: Chuokoron-Shinsha, 2017); China as Major Power (Tokyo: Ichigeisha, 2017).

YAMAZOE Hiroshi is Senior Fellow at the National Institute for Defense Studies (NIDS). His research interests are mainly Russian security policy and international history in East Asia. He obtained an MA in Russian Studies from School of Slavonic and East European Studies, University College London in 2005, and a Ph.D in Human and Environmental Studies from Kyoto University in 2008. He has been working at NIDS since 2008 and was a visiting fellow at Royal United Services Institute (RUSI) in 2012. His works include “Chapter 2: The Growing Influence of China as Seen from Central Asia and Russia,” NIDS China Security Report 2020, NIDS, November 2019; “Sino-Russian Cooperation from the Perspective of the U.S.-Japan Alliance,” Asia Policy, vol. 13, no. 1, National Bureau of Asian Research, January 2018; “Russia’s Eastward Approach to East Asia: The Qing, Japan, and Boundary Issues with Russia” in Takashi Okamoto ed., A World History of Suzerainty: A Modern History of East and West Asia and Translated Concepts（Toyo Bunko, 2019).

Takahara Akio received his DPhil in 1988 from Sussex University, and later spent several years as Visiting Scholar at the Consulate-General of Japan in Hong Kong, the Japanese Embassy in Beijing, Harvard University, Peking University, and at the Mercator Institute for China Studies. Before joining The University of Tokyo, he taught at J. F. Oberlin University and Rikkyo University. He served as President of the Japan Association for Asian Studies, and as the Secretary General of the New Japan-China Friendship 21st Century Committee. He currently serves as Senior Fellow of the Tokyo Foundation for Policy Research, Senior Adjunct Fellow of the Japan Institute of International Affairs, and Distinguished Research Fellow of the Japan Forum on International Relations. His publications include The Politics of Wage Policy in Post-Revolutionary China, (Macmillan, 1992), and Japan-China Relations in the Modern Era, (co-authored, Routledge, 2017).

Sahashi Ryo specializes on international politics in East Asia. His recent book is In a Search for Coexistence: the United States and Two Chinas during the Cold War (Tokyo: Keiso, 2015). In English, he recently edited Looking for Leadership: The Dilemma of Political Leadership in Japan (Tokyo and New York: Japan Center for International Exchange, 2015), and wrote on the impact of rising China on Asian order, Japan’s security policy and Japan-Taiwan relations. Now he is writing his next book on US-China competition and leading two group studies on the alliance and order after the end of the Cold War.

He received his B.A. from International Christian University and his Ph.D. from the Graduate Schools for Law and Politics at the University of Tokyo. He also studied at Department of Political Science, University of Illinois at Urbana-Champaign. Born in 1978. 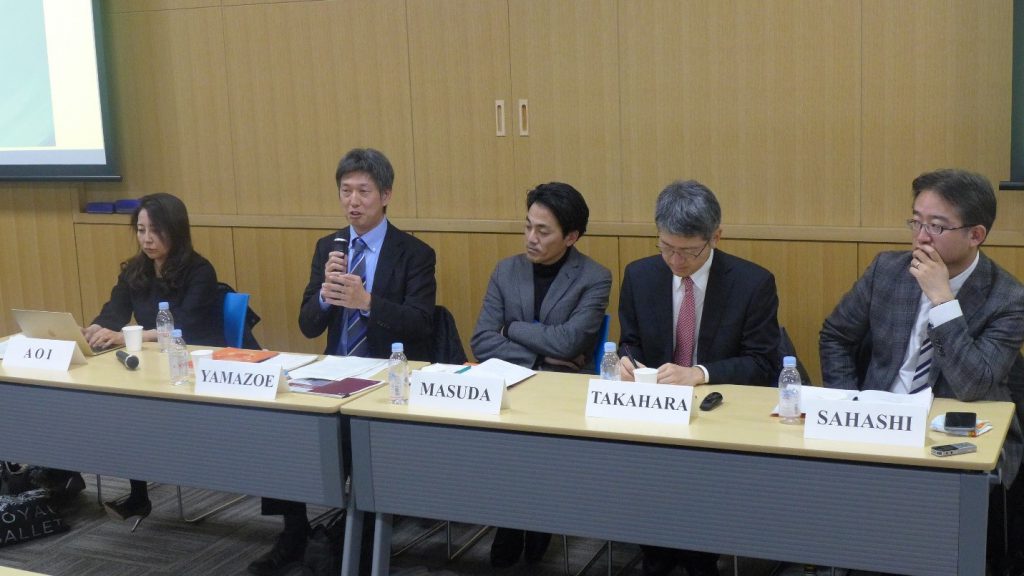 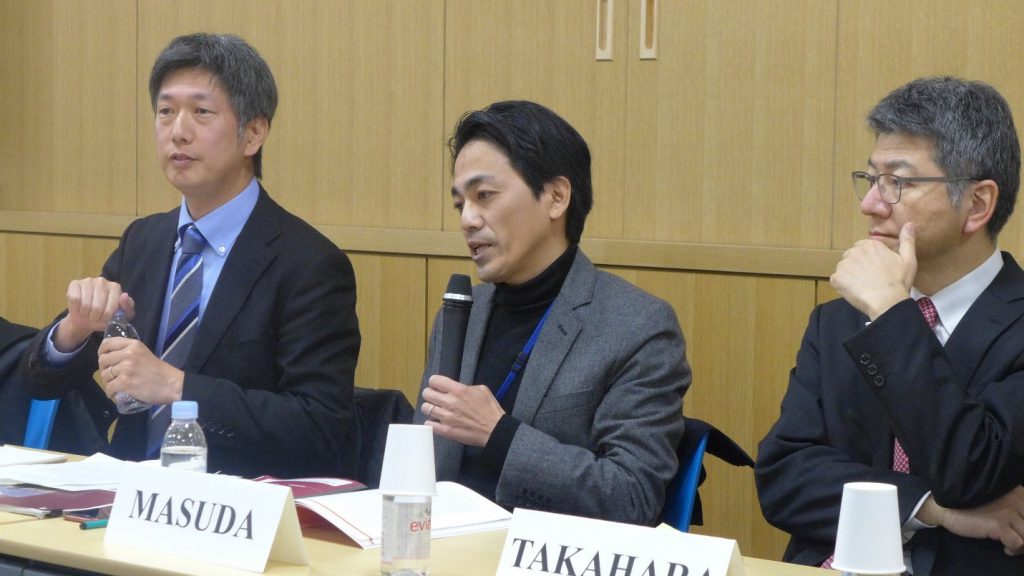 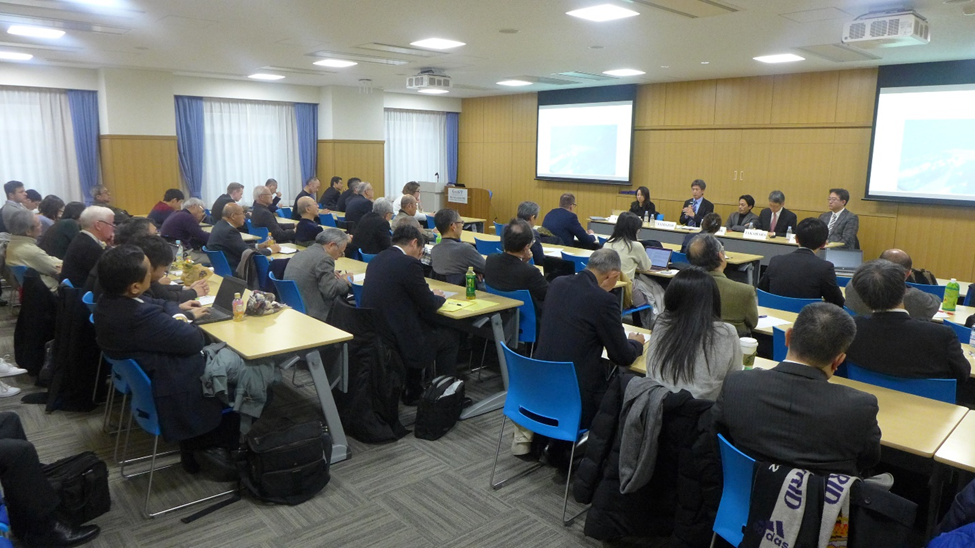